Fiyah Mc is a versatile artist who navigates between Hip Hop, Dancehall, Reggae and Pop Music genres. Growing up in Kingston, Jamaica, he was always surrounded by music and sound systems which were, and still is, the most common coping method for people living in the slums. Fiyah Mc grew up listening to the radio not watching television, and was therefore exposed to a wide range of music early in his life. His early and extensive exposure to all genres of music equips him with the ability to adapt his vocals and flow to any Instrumental. Fiyah Mc believes that music is a basic necessity of life that can teach, entertain, and ease the pain of mankind, therefore he creates songs to feed every need.

What’s the inspiration behind the song  “Need You” & its production details?

The inspiration for Need You came from wanting to make a positive and uplifting song for the ladies. The track is produced by O.G.E. Beats and is mixed, and mastered by Tyler Danelley of Risk Engineering.

Are any musical projects ready to be released?

I am about to shoot a new video for “Run Chune Selecta” another single that I will be releasing in the future, I am also working on finishing up my upcoming album “ Gold mind”

Any break out moments?

I’ve had a few break out moments so far, I have won an award for versatility and my track “The Rant” won an online radio contest. Other than that, just the enormous amount of support I have been receiving from “Need You” is definitely a great moment and something I will build on.

Where do u see yourself in the next 6 years?

In 6yrs I should have made a mark on the music industry and be able to start assisting other up and coming acts.I would love to collab with Busy Signal, Vybz Kartel, Assassin, Drake, Jayz, Nas, Dmx among others.

Who were your musical inspiration growing up?

What’s next for Fiyah?

In the near future, I will be making a lot of music videos and continue putting out great music. 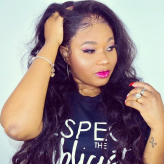